Bhima Bhattar (28 July 1904 - December 16, 1985) was a Business Man and founder of Bhima& Brother Jewellers. He pioneered the concept of ready made Jewellery in Kerala with the establishment of Bhima& Brother Jewellers at Mullakkal, Alleppey, the first of its kind in Kerala. He was the co-founder of All Kerala Gold and Silver Merchants Association

He was born in Udyavara, near Udupi in 1904. Later he moved to Alleppey to live with his brother in law, and used to help out at his restaurant, Girija Nivas, after school hours. He started a small business of selling perfumes and cosmetics at Girija Nivas while working there.

Bhima Bhattar realized that Alleppey was amiable for a profitable business in silver jewellery, cutlery, and puja articles. Soon after the innovation of silver Plate item by himself, the demand of Silver plates and Gold Ornaments grew in leaps and bounds. His quest of producing new Jewellery items and honest practices ensured the rapid growth of his business, especially 22 carat Gold jewellery become the beacon of trust. He was one of the first diamond merchants in the Kerala state and also introduced Navaratna Jewellery. 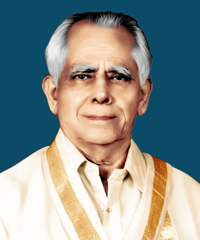